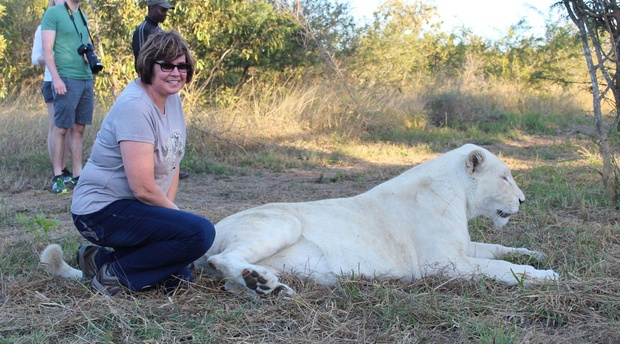 We depart at 08h00 and make our way to the Moholoholo Rehab Center, where we will go on a 2.5 hour guided tour at 09h30. A home for many of South Africa’s abandoned, injured and poisoned wildlife and a highly regarded contributor to wildlife education in our country. Situated in the shadow of the majestic “Mariepskop”, our unique Rehabilitation Centre is home to many animals and birds.

Some of them are the rescued Lions from an Egyptian Circus; Queen, the Crowned Eagle, Chui, the Leopard, Jolly & Juba the Cheetah ambassadors and many more. The Centre has a long standing and successful Serval Breeding Project which is a success story all of its own. Having bred and released over 160 back into areas where they have previously become extinct.

We have received reports that some of the females have since mated with wild males in the area of release! Another first for Moholoholo, is the fact that we are the only facility in South Africa to have successfully bred the endangered Crown Eagle.

After lunch we will go on a boat trip into the Blyde Canyon, viewing wild animals such as hippo, crocodiles and an abundance of bird life.

Please note that the cost for private tours and tailor-made tours or tours on other dates differ from the tour price of fixed departure tours.